Let Me Tell You About The Alex I Know You may have seen Sheriff Alex Villanueva talking on TV. Or speaking at a community meeting, or chatting with people. You may know him as the outspoken Sheriff of Los Angeles County. Some in the media portray the Sheriff terribly wrong. Many politicians make him out to be some loose cannon. Both portrayals couldn’t be further from the truth. I want you to hear from me, his wife Vivian, about the Alex Villanueva I know and love. I first want to thank you for reading this. This is about the kind, brave man I have been married to for 24 years. My name is Vivian Villanueva, and Sheriff Alex Villanueva is the love of my life.

Alex’s mother, Mary Ann was the daughter of Polish immigrants. His dad, the Victor, was born and raised in Puerto Rico. Alex was born in Chicago, IL, but the family moved to Rochester, NY. Eventually, Alex’s parents moved him and his five brothers and sisters to Aguadilla, Puerto Rico where the family ran a small print shop. After graduating from high school, Alex began a long but steady road to all his many college degrees. Along the way, Alex joined the Air Force. After serving with distinction, Alex moved to LA to apply to the Sheriff’s Department. Alex loved the military so he continued serving in the Army National Guard.

Alex doesn’t like to talk about this, but when he arrived in LA he had no place to stay. He was homeless or unhoused as they say now. That is one of the reasons he is so passionate about helping the homeless. Alex lived for a week at the Pomona YMCA. Alex is a fighter and he made sure he not only made it into the department, but he continued his education. Alex has multiple college degrees, and a Doctoral Degree. He even became an Adjunct Professor. After 32 years in the department, Alex retired as a Lieutenant. Well, we both retired. I was a Deputy for close to 25 years. We are an LA County Sheriff’s Department family! I became a Deputy to serve my beloved community. I grew up in East L.A. in a family of all boys. My brothers always warned me about boys. “They’ll try to mesmerize you, to promise you the world.” When I met Alex, he didn’t try to woo me like that. He was genuine. I met him when I was still a college intern at the East L.A. sheriff’s station. I told him my life’s dream was to be a deputy sheriff. From the start, Alex took my dream to heart and helped me get ready for the academy. He talked to me about growing up in tough struggling neighborhoods. About how to do our work better. In many ways, Alex is like Sheldon from the TV show Big Bang Theory. Believe it or not, Alex is shy, and at times awkward and misunderstood. Alex is also tough and courageous with a remarkable sense of justice. People come up to Alex and graciously compliment him. He just smiles and humbly says “thank you”. I tell him, “You have to talk more.” It is, in a way, why I love him.

Alex is a leader.

He has the courage to speak truth to power. He has always been at the front of the train leading. He never retreats. And he never asks anyone to do what he himself has not done or willing to do himself. Alex also fights for what is right, even when the culture says not to. Alex is a passionate fighter. That passion drove him from the start as a deputy. We say we were both born and raised in the sheriff’s department. It’s our family. Like any family, it was never perfect. Within the family, and in life, Alex sees what is wrong and wants to set it right. Making the department better is what he has dedicated his life to. I love him for that as well.

In his first assignment at the county jail, he fought to ban smoking. To Alex, it was the right thing to do for everyone’s health, including the inmates. Others told him not to stick his neck out. He persisted. He won. Alex is extremely intelligent. Yes, just like Sheldon. He dislikes people who cheat and cut corners. That is one of the reasons he is committed to breaking up the old boys’ network at the County and the Department. Alex believes promotions should go to the best candidates. He also believes we must recruit new deputies from the communities we patrol. This will ensure our deputies reflected the diversity of all the people of Los Angeles. At LASD, for the first time I can remember, we are finally promoting deserving people from all walks of life. “Alex Villanueva is a leader. He has the courage to speak truth to power. He has always been at the front of the train leading. He never retreats. And he never asks anyone to do what he himself has not done or willing to do himself. Alex also fights for what is right, even when the culture says not to.”

Of the tens of 1000s of members of the department over the last three decades, only Alex had the courage to take on the corrupt old guard. I mean publicly. He challenged higher-ups when they blocked his promotion despite his supervisors’ praise and outstanding exam scores. Alex knew he wasn’t the only victim. He didn’t worry about the threats and retaliation. He spoke up.

When he sees people struggling, he wants to help. Alex once met a family on patrol who were going through tough times. The mother told him their daughter’s quinceañera celebration was coming up. After work, Alex took them shopping for the celebration. He didn’t advertise it. In fact, he didn’t tell anyone. The family was so grateful. As he said during the campaign, Alex is committed to reforming, rebuilding, and restoring the trust of the Sheriff’s Department. I would say, he has already done so. As a deputy who served for 24 proud years, I can tell you the communities we serve and the deputies themselves love Alex. We all hope Alex will serve many more years as our Sheriff. Most of all, I want you to know that Alex is deliberate and a great decision maker. He works tirelessly to tackle the hard decisions. He seeks advice from others, and yes from me also. Sometimes I’m glad he didn’t take my suggestions. But regardless of the outcome, Alex stands by the decisions he makes, even the unpopular ones.

In all those hard decisions, we both come back to the communities we grew up in. Hard working communities, with good people, struggling through times. Communities plagued by crime. In my East L.A., as a kid I watched TV on my belly fearing stray bullets piercing our walls. In Alex’s New York, he learned how to run as a little kid to avoid being beat up by neighborhood bullies, leading to a lifelong dedication to athletics and physical fitness. Those difficult years of our lives shape us to this day. It is why Alex is so proud when he hears stories of his deputies’ doing acts of kindness. Like jamming with local bands in Compton, helping a homeless vet fix his car and find housing, and deputies pulling over to help drivers change tires. Alex is so determined to make the department better every day. And it is why he will not back down when challenged by L.A.’s self-serving elites who will never understand the lives of hard-working people. 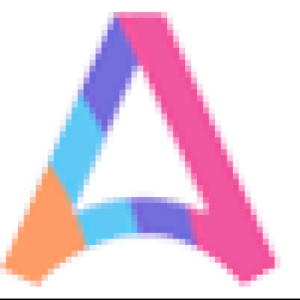